The language of the 5 continents
TFF > English Portuguese translation 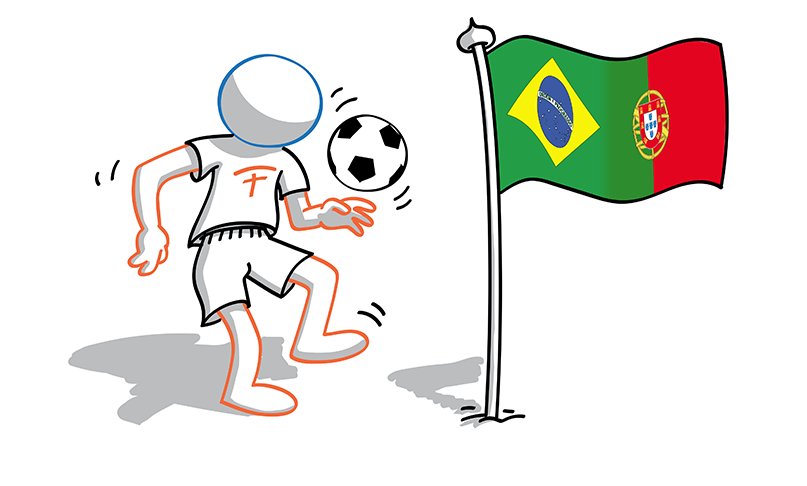 Portuguese is a New Latin language and one of the few European languages spoken in all the five continents: that’s why English-Portuguese translations are in the top-ten of the most required language combinations.

It is the official language of Brazil, whose economic power has grown exponentially in the last years, becoming the 7th economy of the world. The USA are the 2nd Brazil’s commercial partners, as far as imported and exported goods is concerned.

The majority of the United’s States importations to Brazil corresponds to machineries and chemical products, while most of Brazilian exportations are manufactured goods.

Since this language has a wide longitudinal spread, there are many differences among the varieties of Portuguese spoken all around the world. So, in order to avoid using unfamiliar Brazilian words while talking to a Lusitanian Portuguese, The Foreign Friend works only with native speakers who reside in the countries you text is intended for: in this way we guarantee a great quality, in terms of syntax, lexicon and style.

The spread of Portuguese

Portuguese has more than 240 million native speakers: it is the 6th most spoken mother tongue in the world, the 1st of the southern hemisphere and the south-American continent. Portuguese is the official language of 12 countries, such as Brazil, Portugal, Angola, São Tomé e Príncipe, Timor-Leste, Capo Verde, Mozambique e Guinea-Bissau. Moreover, it is unofficially spoken in many countries of the world, like Andorra, Venezuela, South Africa, Paraguay, Uruguay, France and Australia.
The majority of Portuguese speakers lives in 4 continents: Africa, South America, Asia and Europe, while in North America there are about 2 million speakers (most of all in the United States, Canada, Bermuda, Antigua and Barbuda).

Portuguese is the 5th most spoken language on the Internet, with 132 million mother tongue users (about 4% of the total).

Since it derives from Latin, Portuguese is similar to the other languages which have the same origin, like Spanish and Italian, but actually its grammar rules make it a complex language, especially when it comes to written texts.

It’s worth noting that there are many differences between European Portuguese (spoken also in the Portuguese-speaking countries of Africa) and the Brazilian one, especially in terms of vocabulary, pronunciation and syntax.