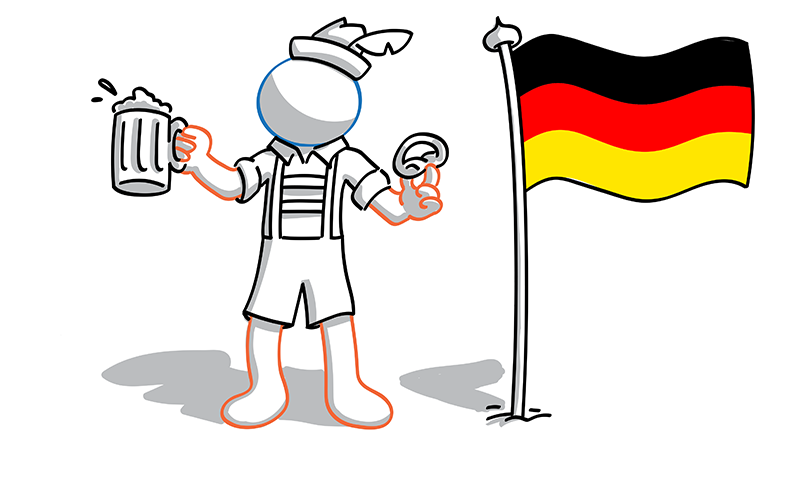 The United States are one of Germany’s main largest supplier of goods, while the USA are Germany’s leading export market.

In order to meet the needs of our customers, we have assembled a team of mother tongue translators who are specialized in different fields, like legal (contracts and disagreements), administrative (certifications, licenses, authorizations, statutes), economic (balance sheets, reports), business (correspondence, web sites, brochures, fliers, magazines, etc.) and many productive sectors, which include the engineering, the textile and the wine and food ones.

If your company has begun to trade (or is going to do it) with partners in Germany, contact us: we will be glad to help with our best resources or to assemble a team of linguists and project managers base on you business needs.

The spread of German

Mother tongue users are about 84 millions (3%) and this makes German the 10th most widespread language on the Internet.

In the USA German is the second most widely spoken language and there are some communities that use it in everyday communication, such as the Old Order Amish, the Old Order Mennonites and the Hutterites.

English-German translations are very complex due to the features of the language, like the particular length of many words, that usually forces to reorganize the layout of the texts completely.

This language is known for being very hard to learn. German has three genders for nouns (male, female and neutral) which are inflected in 4 cases, depending on the “role” that words get in the sentence. Talking of words, German vocabulary has hundreds of thousands of extra words compared to English and their translation is often complicated because of the lack of “equivalent” meanings.

The sentence construction follows rules that are very different from the English ones. Another complicating factor is the pronunciation, characterized by hard sound that a non-native speaker cannot easily reproduce if he has not learnt German in pre-school age.