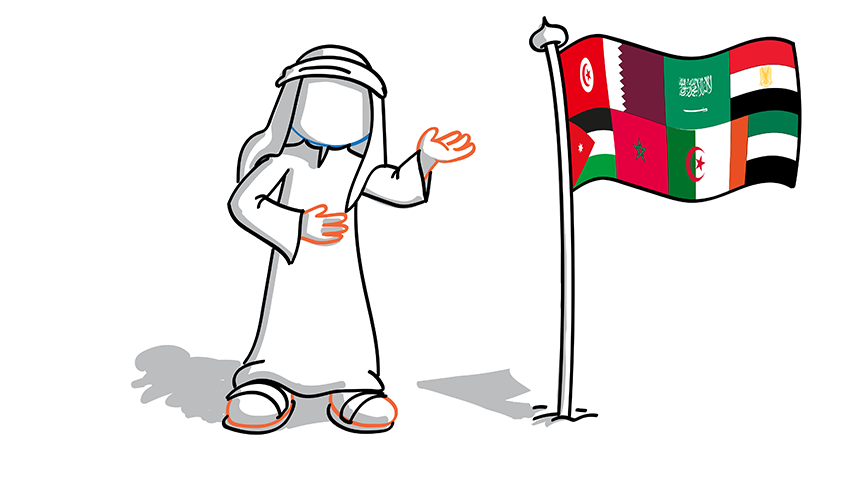 The Foreign Friend’s English Arabic translation are produced only by professionals who reside in the Arabic mother tongue countries and they are divided into 6 service levels, in order to meet every kind of need and budget.

There are many cases where customers ask for translations produced by our student translators for texts intended for internal usage, as well as translations by Senior or Copywriter professionals, who translate texts which seem to be written or thought for the Arabian culture of the target country – especially in the fashion and luxury industries.

The spread of Arabic

Arabic is the 4th most widespread language on the Internet, with 168 million Arabic mother tongue users (about 5%).

Outside the virtual world, Arabic ranks 5th, with over 237 million native speakers. It’s the official language of all the 21 countries of the Arab League, as well as one of the official languages of the African Union and the UN. The countries where it is spoken as a second, vehicular or worship language are 58, situated especially in Asia and Africa. Moreover, according to the Islamic tradition, this language is holy, since its holy book, the Quran, is written in Arabic.

In the extended galaxy of the Arab world, there are many dialects and the most popular and known are Egyptian and Syrian (thanks to the big success of the movie produced in this countries over the last years). As far as the written communication is concerned, there is a standard official Arabic, used also orally in formal situations.

Arabic belongs to the Semitic languages, a branch of the Afro-Asian languages spoken in Asia and Africa.

Arabic is completely different from English as regards grammar, phonetics and syntax. The Arabic writing system has its own alphabet, which has different scripts, like the popular Naskhi, the Nastaʿlīq, the Thuluth and the Kufic. The Arabic alphabet is composed of 28, a particular letter (called Hamza) and other specific graphic symbols. Arabic is written and read from right to left, it doesn’t have capital letters and there is no difference between italic and print. In addition, words cannot be split at the end of a line, but they are tighten or widen in order to end exactly
at the margin.