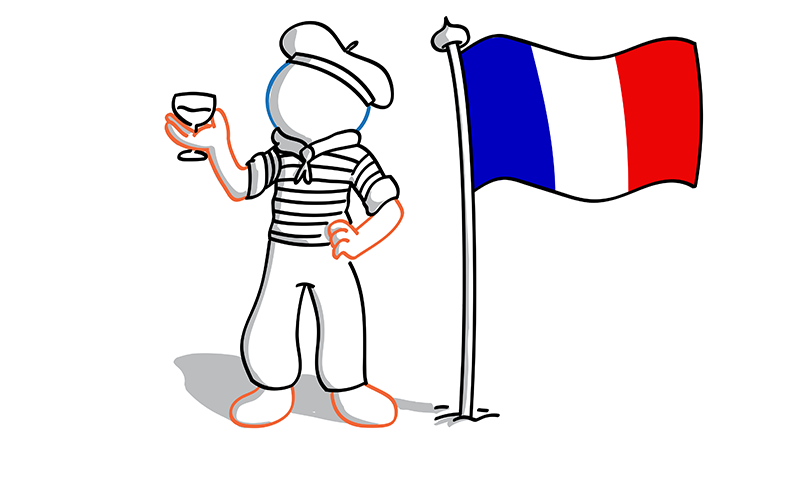 English French translation we are required more often intended for the growing African markets: in fact, although it’s called French, this language is mainly used in Africa, where we can find the greatest number of French speakers. French is spoken in 25 out of 54 African countries: in most cases it is a language used in working, economic and cultural contexts by people who retain local languages, especially Arabic, which mix with French.

The main aspect that must be clarified when commissioning English-French translations is the reference market, since linguistic variations can be very significant. The Foreign Friend has always paid great attention to this aspect, through an important recruitment campaign of mother tongue translators who reside in the main Africa’s economic centers, in order to guarantee translations adapted to the reference socio-economic and cultural context.

Obviously, we don’t ignore the other areas where this beautiful Romance language is spoken. French has reached a great diplomatic (it is the official language of the United Nations and the European Union) and intellectual (think about the enormous French literary production of the last centuries) prestige, not to mention the popularity of French fashion and cosmetic industry, of which it can be defined the official language.

The spread of French

Even it is just the 15th most spoken mother language, French is one of the most widespread Romance languages, with 75 million native speakers all over the world: besides France, it is the official language of 30 countries, such as Canada, Belgium, Switzerland, Monaco, many islands of the Caribbean (like Haiti) and the Indian Ocean (like Seychelles and Mauritius) and some African countries (like Senegal, Ivory Coast, Cameroon, Algeria and Morocco). Overall, it is estimates that French is spoken in 53 countries: it’s a record!

French is the second most studied foreign language in the United States; in addition, it is widely spoken in some countries, such as Vermont, Maine and Louisiana.

On the Internet French gains better results: thanks to its 98 million users (about 3% of the global users), French is the 9th most used language online.

French is a Romance language of the Indo-European family. Written French uses the Roman alphabet, composed of 26 letters. Accents play a crucial role: the use of an accent instead of another one is not just a grammar mistake, but it may even change the meaning of a word.

Other hallmarks of French phonetics are the nasal vowels and the uvular r – the typical “rolled R”, used by those who want to take on the role of the French native speaker!